With BeerMenus you can easily alert craft breweries each time you tap/stock one of their beers.

This improves your relationship with craft breweries in several ways.

Craft breweries greatly appreciate your efforts to make it easier for customers to find their beers.

Sending out a tweet each time you add a new beer puts you on the radar of each brewery and makes you more likely to get the most popular limited release beers. 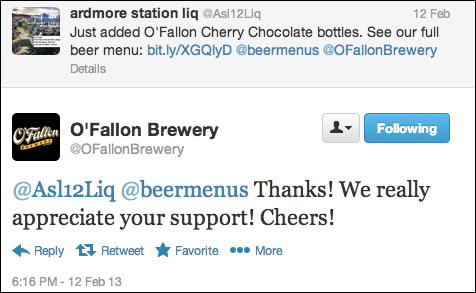 Breweries retweet your message to their own followers.

This gives you exposure in front of an additional audience of (often times) thousands of craft beer fans who like the beer you now have and will enjoy discovering a new place to find the beer they love. 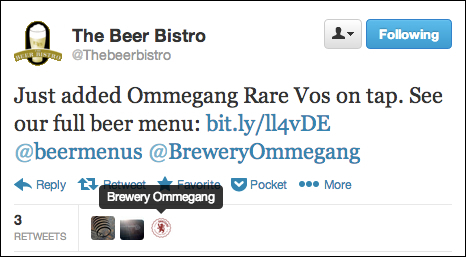 This message went out to 19,000+ people who follow Ommegang who are always looking for new places to find their beers. 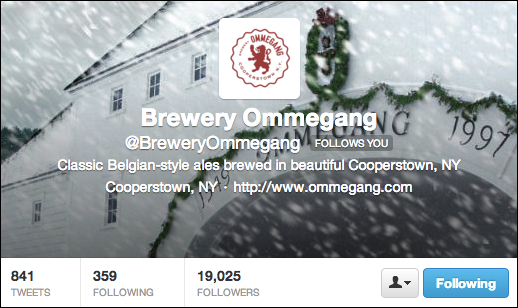 Here Carton Brewing Company saw that Jimmy's No. 43 added one of their beers and linked to  a video that shows how they made the beer. 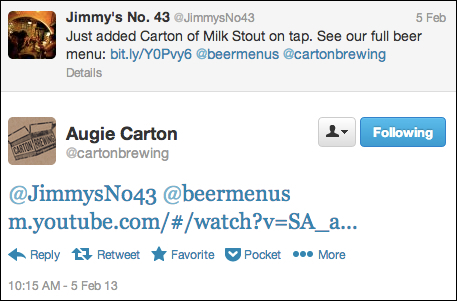 Here a Harpoon rep let customers know their beer is available and there's an event coming up soon. 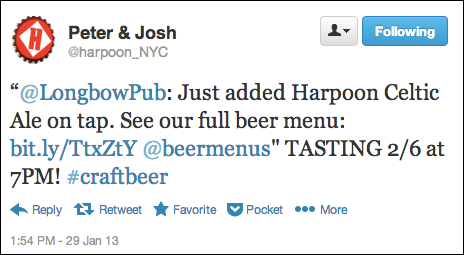 Here Kane Brewing let customers know the beer just added at Tapastre was about as fresh as it could be (kegged that morning). 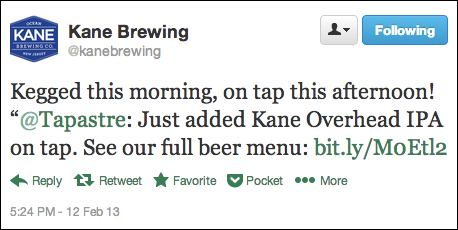 In the end, helping customers find their favorite beers helps everyone in the craft beer industry.